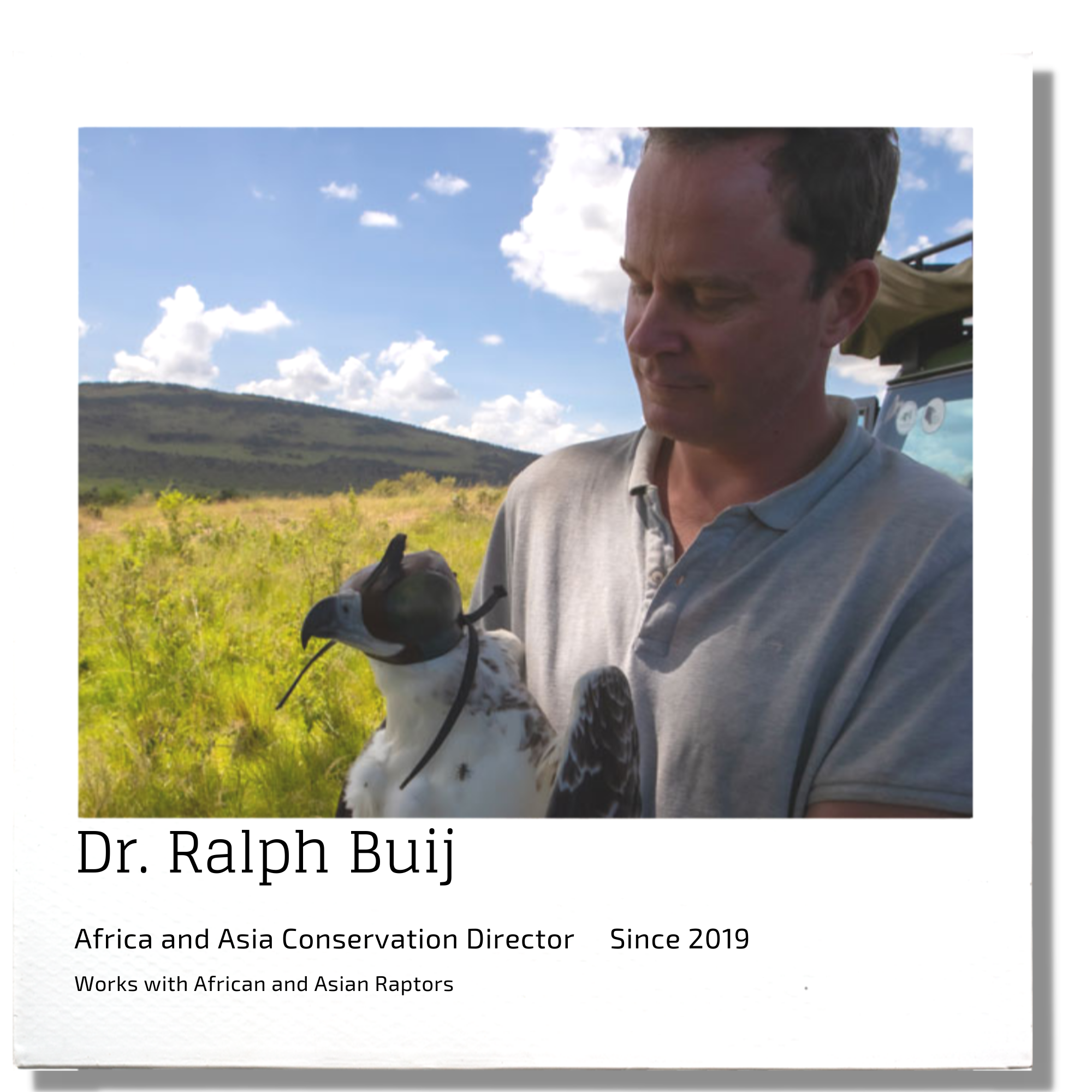 Ralph Buij is the Africa and Asia Conservation Director for The Peregrine Fund. Ralph has always been passionate about raptors and magnificent African Eagles, such as the Crowned and Martial Eagles portrayed in Leslie Brown´s books, which captured his imagination at a very early age. Following wildlife studies and work in South Africa and the depths of Gabon’s rainforests, Ralph took over the coordination of Leiden University’s research program in far northern Cameroon. While in that position, he carried out the field work for his PhD thesis on ‘Raptors in changing West African Savannas’, which led to the successful defense of his Ph.D. thesis in 2013. He studied both Afro-tropical and Palearctic raptor species, revealing new details about the breeding biology of Grasshopper Buzzards and African Swallow-tailed Kites. He is thrilled to work with The Peregrine Fund’s team and partners in Africa and Asia, trying to save Critically Endangered vultures using state-of-the-art technology such as GSM trackers, and using these same trackers to gain insight into the foraging ecology of African and Asian eagles. This works helps him and his collaborators understand how raptors cope with the various pressures on them. Learning how to help them survive the onslaught of threats, such as poisoning, is what motivates him.