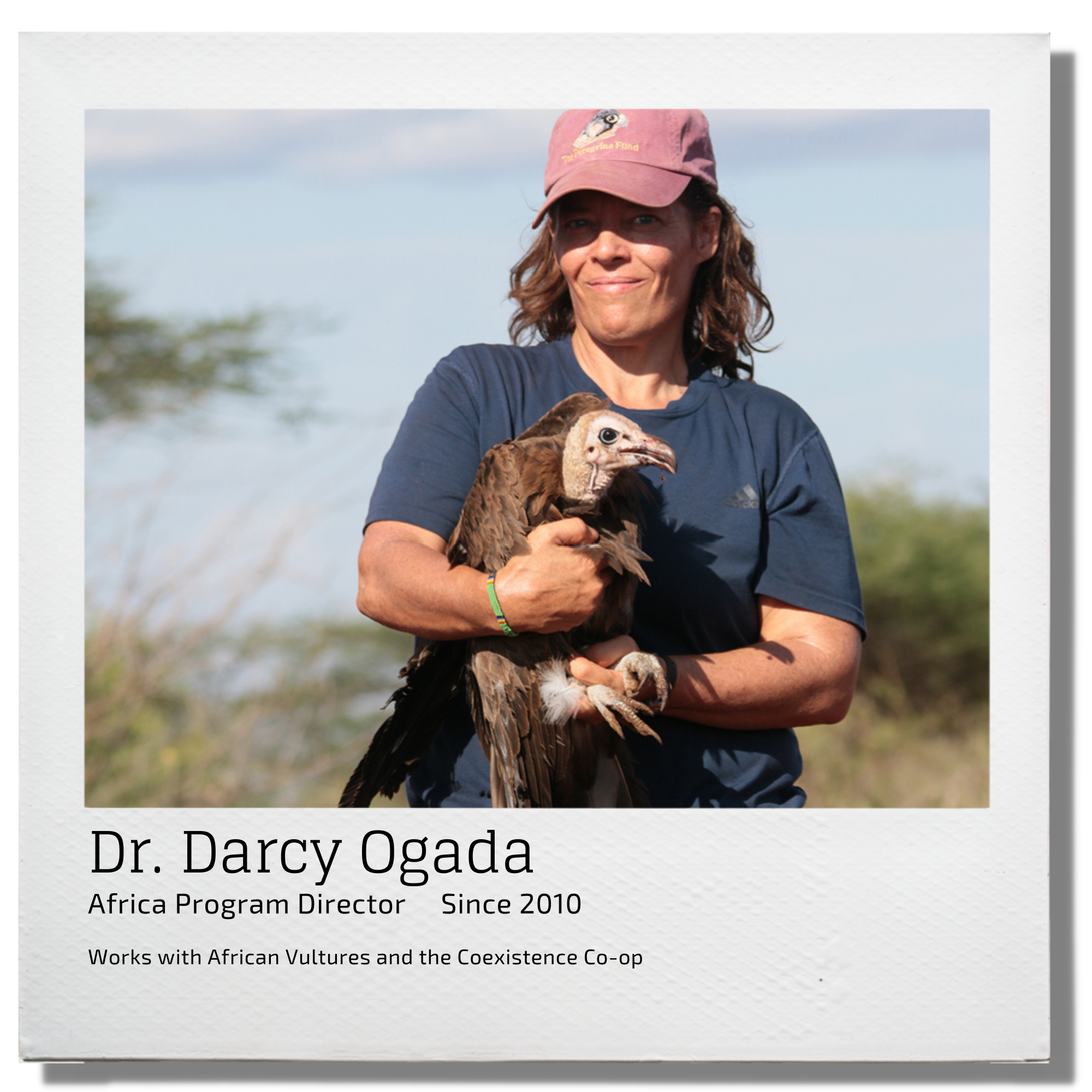 Darcy Ogada is the Africa Program Director at The Peregrine Fund. She grew up in Saratoga Springs, NY where her first loves were frogs and skiing. Her interest in raptors began as a bald eagle nest watcher for the New York State Department of Environmental Conservation. She was a Peace Corps Volunteer in Niger in 1994-5. In 2000 she moved to Kenya to undertake research for her Master’s degree, and later studied Mackinder’s Eagle Owls for her PhD research.

Darcy has worked for The Peregrine Fund’s Africa Program since 2010. Most of her current work focuses on the conservation of vultures and she is particularly passionate about ending the scourge of wildlife poisoning. Beginning in 2013, Darcy raised the global alarm about the mass poisoning of Africa’s vultures through a series of blogs posted on National Geographic’s Explorer’s Journal and their facebook page, and an Op-Ed published in the New York Times. She has written over 30 scientific publications and reports on vultures and wildlife poisoning, including the seminal paper on African vulture declines that led to their uplisting on the IUCN Red List. She has also written a similar number of blogs and popular articles to increase understanding and appreciation of these maligned birds. Most of her other work involves owls and tackling wide-ranging threats to raptors.

She was editor of Scopus: Journal of East African Ornithology for eight years and presently she chairs the African Region of the IUCN Vulture Specialist Group. She’s actively involved in a number of local conservation issues as a member of Nature Kenya’s Bird Committee and Kenya Wildlife Service’s Bird Taskforce. She currently mentors and gains inspiration from the next generation of African conservationists.