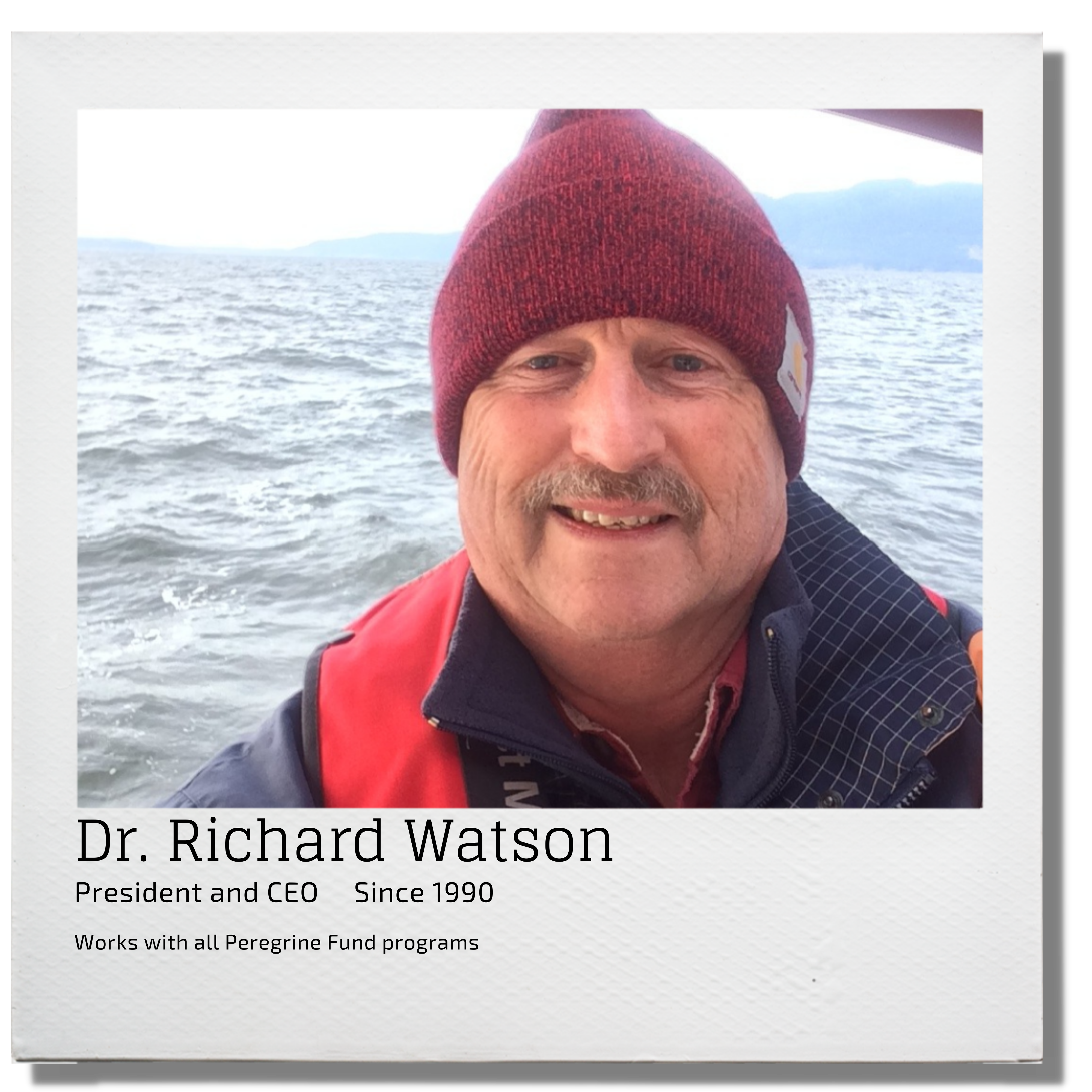 Richard Watson is the President and CEO of The Peregrine Fund. Born in South Africa, raised in Great Britain, and naturalized as a citizen of the United States for half his lifespan, Rick’s accent often elicits the question “…where are you from”? “Triangulate from each of those countries, and that places me about mid-Atlantic,” is how he replies. It’s a location that pleases his sense of global citizenship and speaks to his commitment to conservation around the world.

Rick earned his Bachelor’s degree in Marine Zoology in the UK, his Doctoral degree in Raptor Ecology in South Africa, and Post-doctoral study on insect ecophysiology in Namibia. He started in 1990 to establish the Madagascar Project to study and conserve three of the world’s most endangered birds of prey. This work led to the establishment of a 520,000 acre national park to protect their rain forest habitat and an innovative community-based conservation project to protect over 500,000 acres of wetlands and forest for the endangered Madagascar Fish Eagle. From Madagascar, Rick expanded operations to the African continent, and by the turn of the Millennium, Rick’s influence had become truly global, with projects added in Asia and Latin America.

Rick’s accomplishments are never achieved alone; his life’s mantra “…give others the credit, build teams, and develop local capacity to work sustainably…” serves him well. With 30 graduate students and many more technicians shouldering the work, and now the entire Peregrine Fund staff and volunteer force as well, his vision for the future of The Peregrine Fund’s global impact looks toward the next species in need, the next critical habitat to save, and the next landscape-level threat to tackle while inspiring people to become supporters and beneficiaries of conservation focused on birds of prey. His life’s adventures, passion and work have been shared and supported by his wife, Christine, and their two children, Ben and Heather, over four decades in pursuit of raptor conservation worldwide.